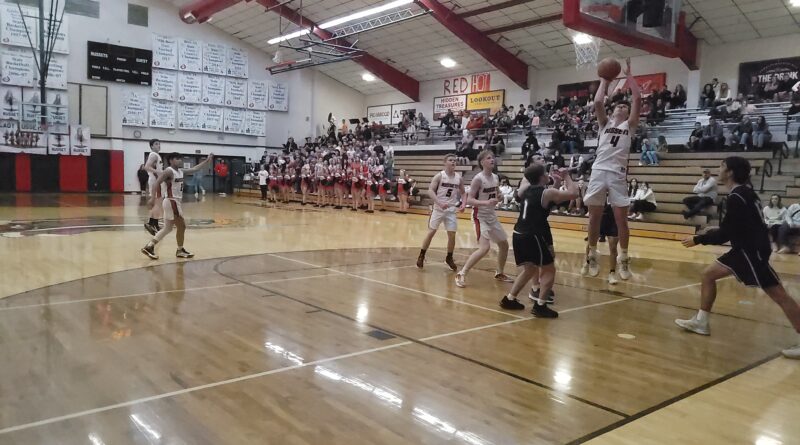 SHELLEY – After suffering a loss to Blackfoot on Thursday, February 17, Shelley played the Skyline Grizzlies at home, Saturday, February 19, to continue in the district playoffs.

Shelley played Skyline twice this season beating them 72 to 61 and 71 to 64.  So, it seemed Shelley could easily handle the Grizzlies when they came to the Cellar.  But, an emotionally charged Skyline hit the hardwood at tip-off.  With the referees calling a tight game, emotions flowed over both on the court and in the stands.

The Grizzlies took an early 7 point lead, but the Russets shooting 3-points tied the game at 17 to 17 with 4:29 in the second quarter. Then came a questionable charging call against Vance Cannon that resulted in a technical against Shelley.  The entire bruhaha changed the momentum in Skyline’s favor, who went on to outscore the Russets, ending the half with a score of 21 to 34.

The Russets came out and played a solid second half, but could not overcome the deficit.  They lost the game 52 to 60, ending their season play. 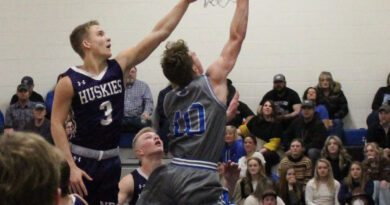 Cougar Boys bring down the house in their final home game 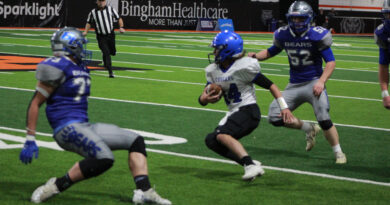 Zebras, and Penalties, and Bears, Oh My! 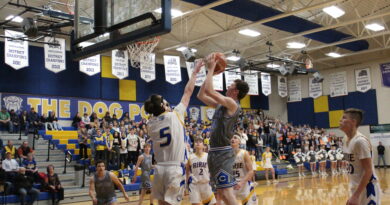 Firth dominates Ririe on the path to District Championship