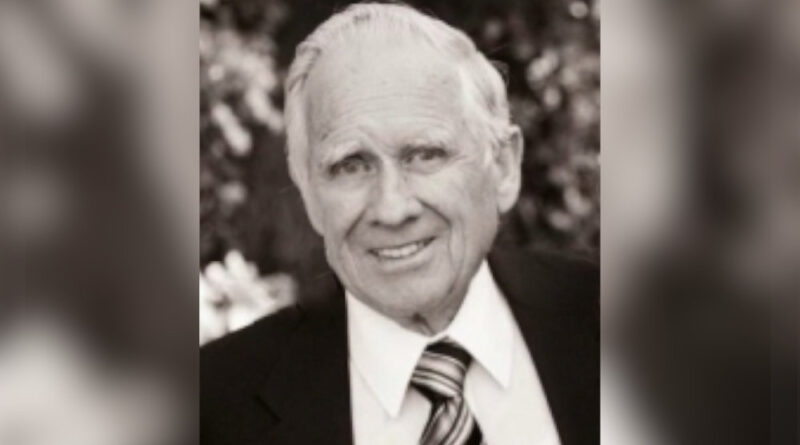 Merwyn Maurice Searle died on Wednesday, May 4, 2022 after 91 years of dedicated service to his family, church, friends and country.

Merwyn was born November 27, 1930, in Shelley, to Avilda and Eli Searle. He was the youngest of five brothers and one sister.

His childhood was filled with family and friends and memories of fishing and camping trips with Uncle “Buzz”, hoeing beets on the family farm, water skiing behind the car on the canal and much more neighborhood “fun”. Active in school, he served as student-body vice president along with class president his junior year and lettered in boxing for 4 years with the final result being a broken nose. He graduated from Shelley High School and continued his education by attending Utah State University where he graduated in 1953 with a Bachelor of Science in Agriculture.

Upon graduation he began service as an officer in the United States Air Force, ultimately based in Fairbanks, Alaska and being promoted to the rank of Captain. After military service he returned home to Shelley to farm with brothers, Earl, Wendell and Karl on the Hayes Project west of Shelley.

He married his high school sweetheart, Joyce Brooks in the Idaho Falls Temple, November 30, 1950. They shared a love that radiated for 65 earthly years together.

Merwyn was actively involved in civic affairs where he volunteered in the community and served on several farm organization boards. He was a member of the Shelley School Board for 12 years, being chairman for the last four.

An active member of The Church of Jesus Christ of Latter-day Saints, Merwyn rendered Christ-like service to many. He held numerous callings and worked in every auxiliary ranging from home teacher to Elders Quorum President to serving on the high council. He was called as Bishop of the Woodville ward where he served for more than 8 years. He and mom enjoyed the blessings of missionary service where they served as missionaries in the Idaho Falls Temple Visitors Center along with being ordinance workers.

His greatest love and priority, however, was his family and he enjoyed time spent with them. He was extremely generous and always caring for not only his family but anyone in need. He leaves a posterity appreciative of the remarkable man he was. His daughter Kris and her husband, Brent Saunders of Utah; his son Marc of Shelley; 5 grandchildren along with 7 great-grandchildren are forever thankful for his example of faith, integrity, and optimism.

Our family would like to thank dad for his incredible example of love and service to our Heavenly Father, our Mom, and each of us. We love you Dad

Funeral services will be held at 11:00 a.m. Tuesday, May 10, 2022 at the Woodville 1st Ward Chapel (1555 N 700 E). The family will meet with friends Tuesday morning from 9:30 till 10:40 a.m. at the church. Burial will be in the Shelley Hillcrest Cemetery with Military Rites. Funeral arrangements are under the direction of Nalder Funeral Home in Shelley. 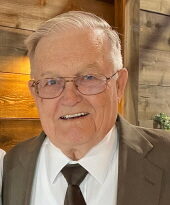 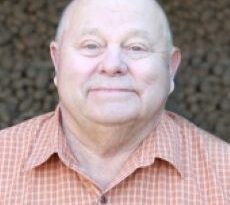