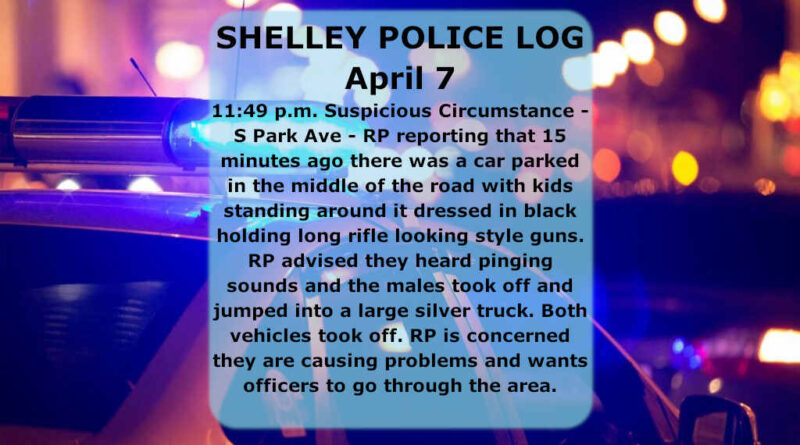 The Shelley Police Department handles dozens of emergency calls each week, deploying Police, fire, and medical services. Community Pioneer omits individuals’ names and specific addresses. Otherwise, the incident log is reported as written. The following are most of the incidents reported and responded to by the Shelley Police Department between April 6-12.

3:57 p.m. Animal Complaint — Boulim’s — RP stating there is a white Great Pyrenees loose in the area.

9:55 a.m. Animal Complaint — E Pin St & Holmes Ave — Dogs barking at a residence on this corner all morning, would like them spoken to. RP does not want contacted.

12:42 p.m. Civil Complaint — Shelley — RP states they bought a fridge from (name removed). When they went to pick up the fridge it had a padlock on it and was full of meat. Would like to speak with an officer.

11:49 p.m. Suspicious Circumstance — S Park Ave — RP reporting that 15 minutes ago there was a car parked in the middle of the road with kids standing around it dressed in black holding long rifle looking style guns. RP advised they heard pinging sounds and the males took off and jumped into a large silver truck. Both vehicles took off. RP is concerned they are causing problems and wants officers to go through the area.

12:33 a.m. Agency Assist — W Maple St — (Name removed) last seen driving Ford Edge and was involved in a battery/malicious injury incident in Idaho Falls just left and is headed home. He is possibly under the influence of meth

1:02 p.m. Abandoned Vehicle — Opal Ct — Abandoned vehicle parked in front of the dumpsters, preventing trash from being emptied. A white box van with no plates. RP is on site manager.

2:15 p.m. Welfare Check — (Details about a domestic violence call have been removed).

6:17 p.m. Animal Complaint — Shelley Area — RP reporting he found a black and white medium sized dog down by the river near the fire department. It has a turquoise-colored collar on with no tags. RP posted it online but no one has responded. RP is en route to the shelter in a grey Nissan Titan.

1:08 p.m. Burglary Residence — E Locust St — RP states that someone has broken into the house and damaged property. This occurred between Friday and now.

8:51 a.m. Fraud — Hard Times II — RP states that (name and driver’s license number removed) is charging fuel to an account that is not his.

11:35 a.m. Civil Complaint — E Center St — RP states she would like an officer to speak with (names removed) about not paying their rent.

1:00 p.m. Mental Health Issues — W Maple St — RP requesting a welfare check on (name removed). States the subject goes to his church and is worried about his mental health. RP would also like to be contacted.

3:29 p.m. Accident — Sunrise Elementary — RP states another vehicle backed into her. Gave the RP her information but has left. RP is still there in a maroon Ford Fusion.

7:34 p.m. Animal Complaint — E Locust — Female Shitzhu missing around approximately 5:30 p.m. No collar. Has a bad back leg and is deaf. 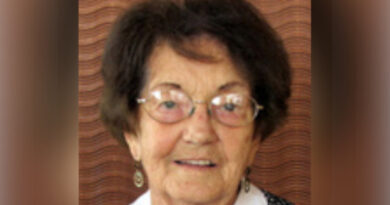 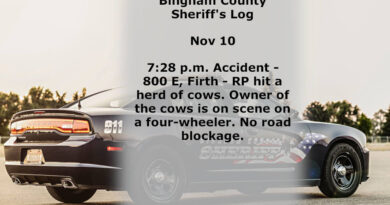 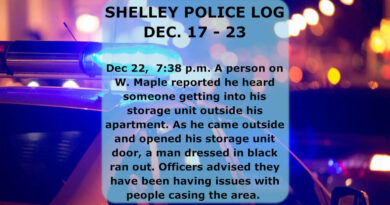