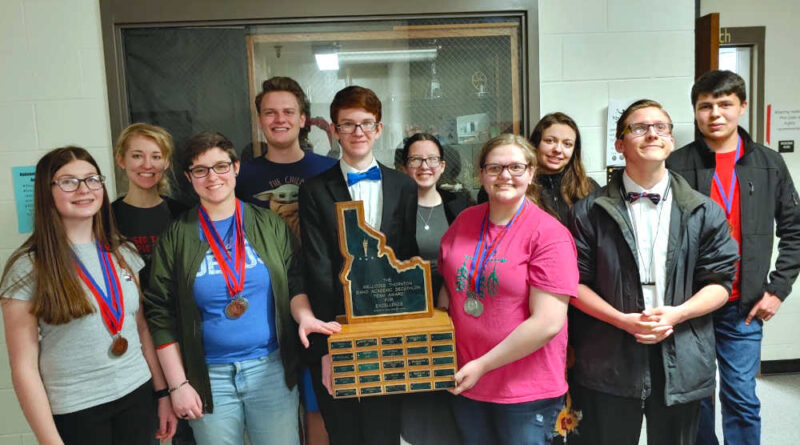 SHELLEY — For the second year in a row, Shelley High School’s Academic Decathlon team has qualified for nationals.

At the State Academic Decathlon competition, March 5-6, Shelley High School’s team, coached by math teacher Tringle Witt, placed third in their division and fourth in the entire state. The team scored the highest they ever have at state with a total of 32,000 points. Now they will compete in the national competition at the end of April.

“The kids are working hard,” Witt told Community Pioneer. “My biggest, proudest moment as a coach is the fact that for two years in a row right now we won the Melodee Thornton award.”

Witt explained the award is given to the school that has shown the most improvement over three years.

“We’re getting that because we’re getting better. And someday we will really be competitive and we might actually beat Sugar,” Witt said. “They’re kind of our nemesis.”

Students who won individual awards at State are:

The 2021 Academic Decathlon Theme is The Cold War.

“We look in the packets, we talk about it, we kind of make sense of the world, especially in the time of The Cold War, why things were happening the way that they were happening and why certain countries made these choices,” Witt said about how they prepare to compete. “It’s a very fascinating process. And I think every year we get better at just learning and teaching each other.”

In 2020, Shelley’s team qualified for nationals after taking second in their division and third out of the entire state at the state competition. However, nationals were canceled due to COVID-19 restrictions.

This year, nationals will be held online.

“It will be really awesome to be able to compete and see how we do in the national realm,” Witt said.

The online national competition will be held from April 29-May 1.

“My favorite thing about being coach is teaching kids that it’s OK to learn because you want to learn. And getting them excited about just the learning, not the school, but the learning,” Witt said. 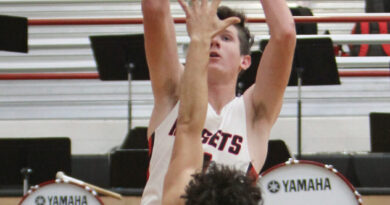 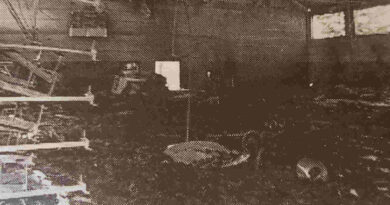 An expression of love remembered, then destroyed