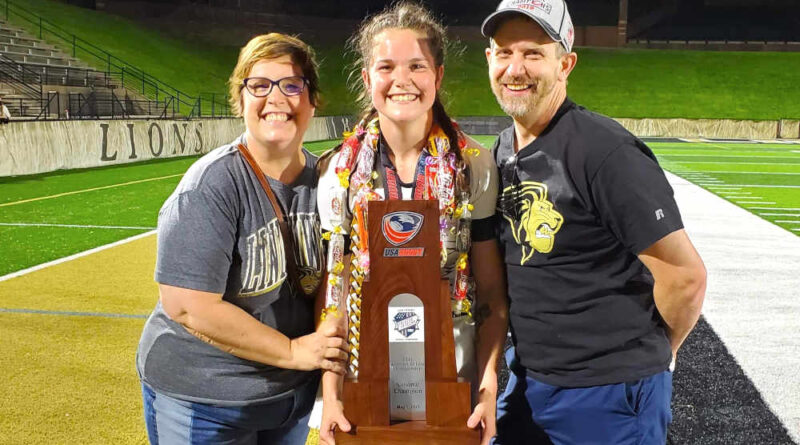 SHELLEY — Nothing, not even a broken leg, could stop one Shelley native from becoming a seven-time national rugby champion.

Meg Gold grew up in Shelley, where she was heavily involved in sports from the time she was just a little girl. She played soccer, softball, basketball and was constantly on the move outpacing many of the boys her age.

“In high school, I played soccer and basketball until my junior year,” Meg said.

It was her junior year when one of Meg’s friends told her about how she played rugby on the Rush Rugby team, A girl’s rugby club in Idaho Falls. A family friend also played rugby and had taught Meg a little about the sport.

Learning there was a team in Idaho Falls piqued Meg’s interest.

Meg first started playing rugby in 2016. By 2017 she was turning heads in the rugby world.

“I played with the Rush Rugby team in Idaho Falls. And then that summer, I played on the Idaho select team, and we played at a tournament in Denver, Colorado,” Meg said. “That’s where I met Billy Nicholas.”

Billy Nicholas is the head coach for the women’s rugby team at Lindenwood University in Saint Charles, Missouri.

According to various sources including Flosports, a sports streaming website, and Goff Rugby Report, a rugby-centric blog run by a 20-year veteran of rugby reporting, Lindenwood consistently ranks among the top Division 1 rugby universities.

“Eventually he offered me a scholarship out there and I was like, ‘heck yeah! Definately,'” Meg said.

However, before Meg could go off to Lindenwood, she first had to finish high school.

“That fall of 2016 I played with a team in Blackfoot. I would go from soccer practice at the high school to rugby practice in Blackfoot, and then drive back home, study, do all my homework and be done with it,” she said.

When soccer season ended, she joined Shelley High School’s production of The Three Musketeers which kept her schedule just as full.

As busy as she was, Meg had her sights set on Lindenwood.

“I actually considered moving to Utah that fall because Idaho doesn’t have a ton of rugby opportunities and I knew that I wanted to go to Lindenwood, and they were notoriously the best in the country,” Meg said.

She knew that if she wanted to have a shot at being competitive at that level, she needed to quickly improve her skills. On the other hand, all of her friends and family were in Idaho and she wasn’t sure if she was ready to leave that all behind her senior year of high school.

“In the end, I decided to stick around,” Meg said.

In deciding to finish school in Shelley, Meg ended up taking on an even larger load than before.

Meg was elected student body vice president, she had a starring role in the school’s production of Into the Woods and she’d joined the Utah Lions Rugby Club in Salt Lake City.

She explained that she was invested in rugby. She wanted to make it her life.

“I wanted to be an Olympian at that time. That was my dream, you know,” she said.

Meg’s breakneck course towards rugby stardom wasn’t without consequences. After spending 2016 and 2017 completely focused on her rugby goals, the strain she was putting on her body caught up with her.

“As time went on and I finally got out (to Lindenwood), I had some injuries happen and it forced me to slow down,” she explained.

Throughout high school, I had been plagued by shin splints. According to Mayo Clinic, an injury is often caused by repetitive stress on the shinbone, muscles, and connective tissues. It’s a fairly common injury among athletes and causes pain and swelling along the shin.

“When I got to Lindenwood that fall, I wasn’t really bothered — Fall of 2017. But then, that spring, it became really chronic. I was going to the trainer every day,” Meg said.

She said even the trainers were shocked by how bad her shin splints were. Even then, Meg wasn’t going to let a bad case of shin splints stop her from competing.

“So I played all through the spring of 2018. We won three championships that year. I played in all three of them and trained for all three of them. Then I went to a camp in Chula Vista, the Olympic training center, and I was in so much pain,” Meg said.+

The trainers at the Olympic training center in Chula Vista, California told her that she should have her leg x-rayed when she got home.

Meg put off getting an x-ray until she injured herself working at her summer job.

“I cut my finger open and had to get stitches. Ten days later when I went to get my stitches taken out, I was sitting in the Community Care and I was like, ‘you know what, I’m here, I might as well get an x-ray,'” Meg said.

The doctor told her that she might have a stress fracture, but if that was the case, it wasn’t likely that it would show up on the x-ray because that kind of fracture tends to be too small to see.

“They did the x-ray and I was waiting and the nurse came and got me and was like, ‘the doctor wants you to come look at his screen.’ And I was like, ‘this is bad,'” Meg said.

When she walked into the doctor’s office, she could see it from across the room.

“It was a massive black line almost all the way through almost half of my tibia,” she said.

She had a massive fracture in her left tibia.

“I had been playing on that for eight months,” she said.

Meg was immediately put into a boot and on crutches. But it wasn’t long until the rugby season started up again, and Meg was still on crutches. She had to sit out practices. Even when she was finally able to start playing again, the pain hadn’t gone away.

She told the trainer that she was still in pain and explained that it felt like she was being stabbed in the leg.

She had expected to come back and finish out the season with her team.

“I’d been waiting and working for that for weeks and months at this point,” She said.

Meg said that the weekend before her surgery, Lindenwood was scheduled to play against Davenport University. So she asked her doctor if, hypothetically, she’d be able to play.

“He was like, ‘worst-case scenario, your tibia breaks. And that’s probably a better scenario for you because then it heals on its own naturally. We won’t have to put the rod in.’ I was like ‘that’s a win,'” Meg said.

Meg played the game against Davenport on a broken leg. She even won Player of the Match, that game.

Three days later she went under the knife to have a tibial nailing and insertion of a titanium rod.

After surgery, Meg planned on taking some time to heal then playing out her junior year. Then COVID-19 hit and Meg got an extra five months to continue to heal.

Unfortunately, that extra time didn’t seem to help. When she started playing her senior year, the pain came back.

“My guess is that I still have a little stress fracture somewhere. But it’s not going to break. I’ve got a titanium rod in there,” Meg laughed. “So my stubborn self just decided to play the whole year.”

While she was still dedicated to rugby, she said that the injuries and time off helped to give her some perspective.

“I was like, ‘wait a minute, there’s life outside of sports.’ I became super interested in being a science educator type. Maybe not necessarily being a teacher or professor, but along the lines of community education in an aquarium or zoo type of environement,” Meg said.

The struggles Meg went through at Lindenwood, she said, made her a stronger person.

“We paid our dues and we worked really hard. I had teammates push me mentally, physically, emotionally to be stronger, to be better and to believe in myself more,” Meg said.

Meg and the Lindenwood Lions went on to win seven national championships in both the Fifteens and Sevens rugby variants between 2018 and 2021.

Rugby is often played in two different variants. The traditional style of rugby has 15 players per side. A Fifteens match lasts 80 minutes, 40 minutes per half. In the Sevens variant, there are only seven players per side and each half only lasts seven minutes.

“Both sevens and 15-a-side rugby are key parts of what makes rugby a great sport. They complement each other by providing variety and very different viewing experiences,” Daniel Rey said in a 2015 article for Bleacher Report.

As part of the Lindenwood Lions, Meg won three national championships in Fifteens.

“I played in so many places. I’ve traveled to California, Washington, New York, Massachusetts, Arkansas, Indiana, all over this country to play this game. And no matter where we went, it was like I was with my family.

“Not only did I grow in my ability and rugby, but I grew so much as a person just from being in that environment, being with those people in those situations. It was like a fever dream. it was everything I could have imagined,” Meg said.

Meg graduated from Lindenwood University in May with a Bachelor’s degree in Science and Biology.

With graduation, came the end of Meg’s rugby career. But this one-time Olympic hopeful is looking forward to her life outside of rugby and putting less strain on her body.

“My dreams kind of shifted from Olympian to zoologist,” Meg said.

This summer Meg is working at the Keystone Science School in Keystone, Colorado. She explained that the school is a science-based summer camp for kindergarten through sixth grade.

“I will be helping to plan and to teach different science-based curriculums and working as a camp counselor,” Meg said.

Her dream is to work in marine conservation.

“The dream place would be like California, the West Coast somewhere, Oregon, Washington, or Florida. I haven’t explored the East Coast. So, really, I’m open to anywhere. As long as there’s water, I’m pretty happy about it,” Meg said.

She hopes to someday play rugby again, but, perhaps at a less competitive level.

“Maybe in a couple years I can join a club team somewhere. I’ll let my body heal first this time,” she said. 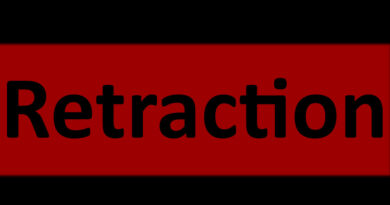 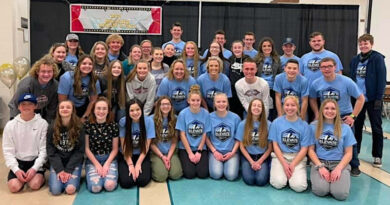 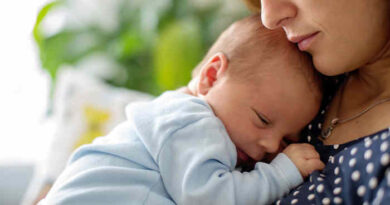 One thought on “From Shelley to seven-time national champion” 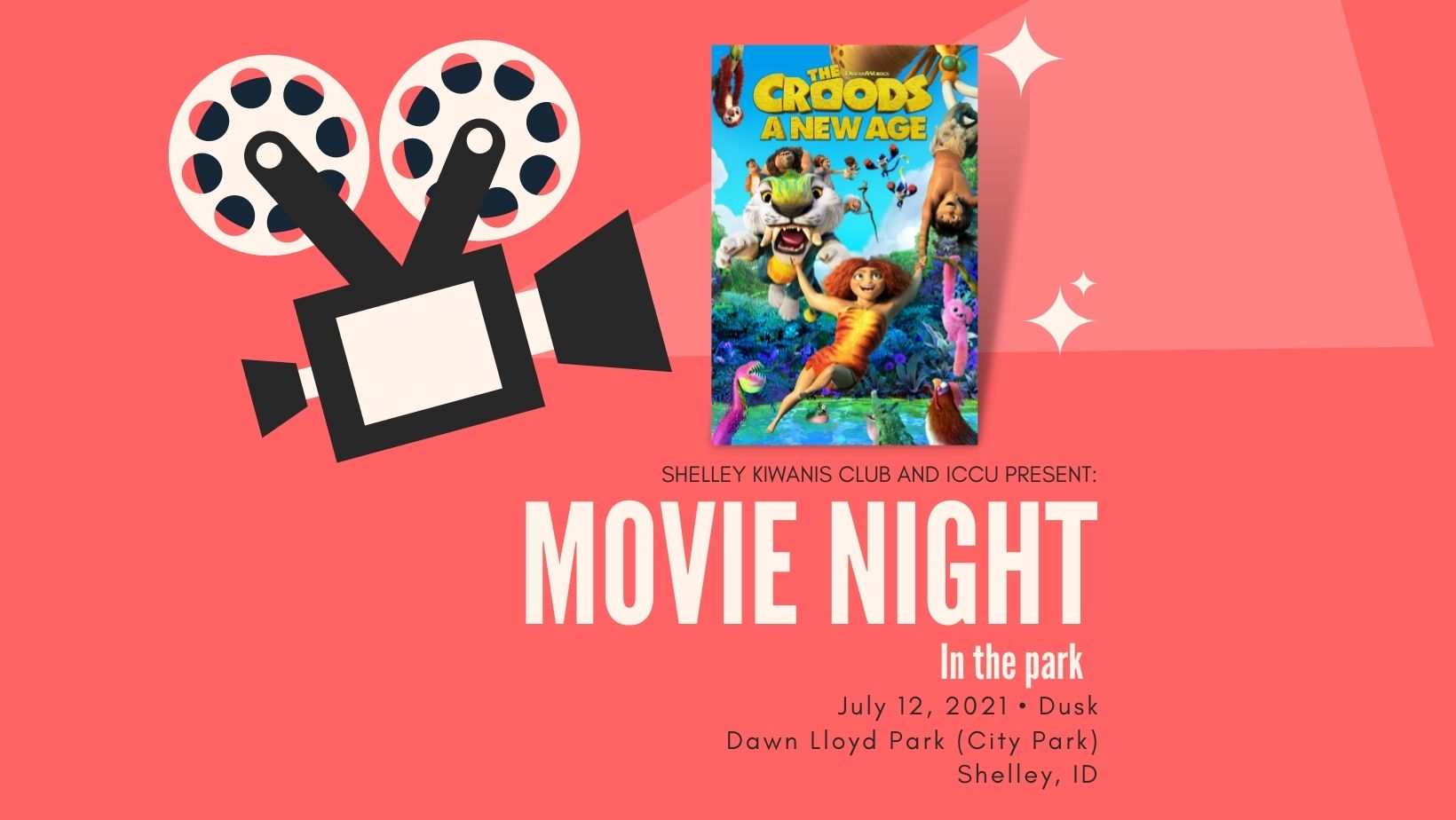