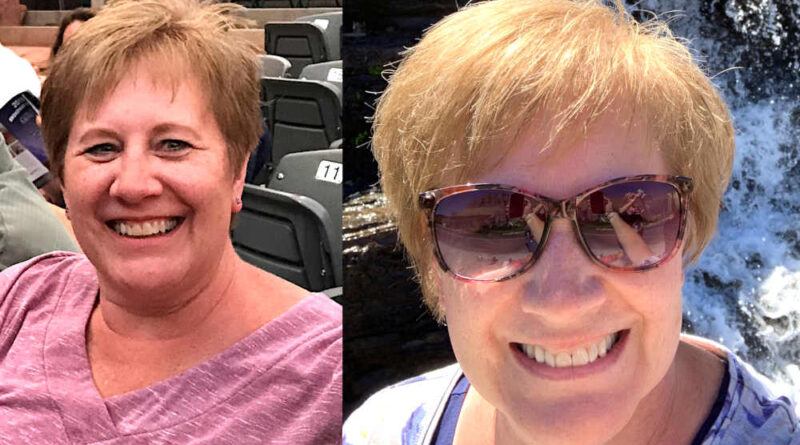 SHELLEY — The community is rallying behind a beloved teacher who is battling an incurable cancer.

Marie Call has spent the last 31 years teaching grade school in the Shelley School District. Over the years, Marie has touched the lives of countless students.

“My son had her right before Covid started and loved her to pieces. They didn’t get to finish the rest of the year due to Covid, but she is an amazing person and teacher. Always always, happy, brightened everyone’s day!” Jami Schlager.

“My daughter had her for only half the year last year! She loved her and was so sad when she left,” Abigail Sigmon.

“Our son had her as a teacher. He said she was such an amazing and great teacher, always willing to help no matter what,” Britt Morgan.

“Marie is one of the kindest people I know!” Julie Riggins Fielding.

“One of the very best Shelley has,” Sheila King Banks

Last year Maria started having pain in her back that wouldn’t go away.

“Her back started hurting and it got progressively worse. She went to the doctor and she had some broken vertebrae in her back,” Outgoing Shelley Teacher’s Union President Barbi Biorn said.

According to Mayo Clinic, Multiple myeloma is a cancer that forms in a type of white blood cell called a plasma cell. Healthy plasma cells help the body fight infections by making antibodies that recognize and attack germs.

In multiple myeloma, cancerous plasma cells accumulate in the bone marrow and crowd out healthy blood cells. Rather than produce helpful antibodies, the cancer cells produce abnormal proteins that can cause complications.

“She’s gone through a lot. Been in and out of the hospital. She’s had nine fractures in her vertebrae throughout the past few months. And she’s been doing chemo therapy since February,” Maria’s sister Teresa Call said.

Due to the nature of the cancer, it can cause a variety of symptoms including bone pain in the spine and chest, fatigue, a weakened ability to fight infections, bone damage and an increased risk of broken bones.

“It’s a really painful cancer that has many components to it. She’s had really severe neuropathy which has affected things that she could do normally, just daily tasks like walking,” Teresa said.

Multiple myeloma is treatable, but at its most advanced stage, stage three, it is incurable.

“She’s been in the hospital for a total of 19 days since February. She’s had some pretty severe reactions to some of the chemo that they gave her. So they’ve had to changer up her regiment a lot because of that,” Teresa said.

Teresa said the treatment that can give her sister back her quality of life is a form of stem cell therapy.

“We were supposed to do a stem cell transplant a couple of weeks ago, and she got blood clots in her lungs. So they postponed that until August,” Teresa said.

As Marie’s health deteriorated, she had to stop teaching and probably won’t be able to return this next school year.

“She loves teaching. This has been horribly hard. There hasn’t been a day from January on where she hasn’t said ‘I want to be back, I want to be back teaching,'” Teresa said. “She adores teaching and adores her students.”

Since her diagnosis, Teresa, also a grade school teacher in Shelley, has been caring for her sister.

“She got her first job in Shelley teaching first grade and I was teaching third grade. We both have taught in Shelley all our careers. We’ve taught sometimes at the same school and sometimes not. We’re pretty good friends and sisters,” Teresa said.

With Marie missing out on teaching and Teresa having to take some time off to care for her, the sisters won’t be bringing in much money while Marie undergoes treatment.

“They are always the ones serving others, so this situation of needing the help and prayers of others has put them in an uncomfortable place,” Third-grade teacher Tina Davis said.

Davis has worked with Teresa for 16 years and Marie for 11 years. She said she considers the sisters her two best friends.

“These next steps of her treatment are going to be very difficult physically, emotionally, and financially,” Davis said.

Marie does have insurance through the school district and is on long-term disability, but that only pays a portion of her regular salary. She also has to continue to pay her monthly insurance premiums while she’s on medical leave.

“Ben Lemons is her principal and Chad Williams is the superintendent and the board, all of them have been super supportive,” Biorn said.

However, Marie will still have extra expenses, and even with insurance, the stem cell treatment is expensive. With all that in mind, Davis and Biorn are working to raise money to help offset some of those costs.

To help raise money Biorn and Davis have created a GoFundMe campaign called Help Marie Fight Cancer and set up a Westmark Credit Union account in Marie’s name where people can donate funds.

“The hope is that we can raise enough money to help see her through this year,” Biorn said.

Davis said their goal at Riverview Elementary is to do everything they can to help Marie come back.

Eleven-year-old Madison was in Marie’s third-grade class in the 2018 to 2019 school year. She is sending her love to Marie.

“She would like to tell her that she hopes everything gets better for her and that she will always be her favorite teacher,” Madison’s mom Jennifer Soules-Jordan said.

Those wishing to donate can do so at either the Help Marie Fight Cancer GoFundMe account, visiting Westmark Credit Union and donating directly at account number 3272547 or through Venmo at the username @Teresa-Call-4. 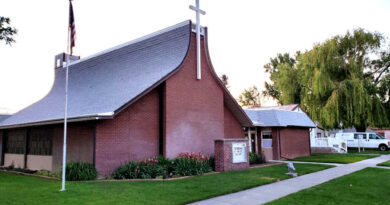 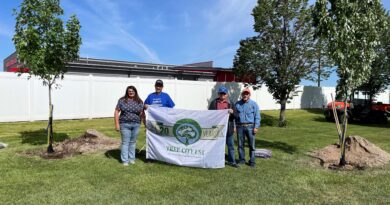