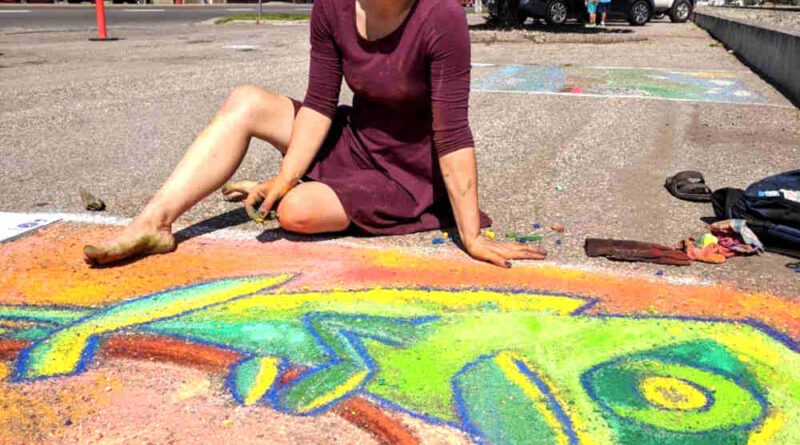 SHELLEY — Within a year of moving to the Shelley area, Zoie Harker started giving back to the community with her amazing artistic talent. For the Shelley Supporters of the Arts’ (SSA) window painting project in the summer of 2020, she drew a dragon and caricatures of the city council and Mayor Stacy Pascoe on the service station windows by Mick’s. Even though she has a young family, she was happy to participate. “It was fun to help out and do some fun art,” she said while drawing.

Zoie grew up doing a lot of art with her mother, who is also an artist.

“I didn’t consider myself an artist for a long time, but once you start labeling yourself as an artist, people start treating you like one,” Zoie said.

While living in Denver, Zoie entered a design into a contest to paint traffic electrical boxes. Denver was having a huge illegal tagging problem and the community leaders felt if they had artists create beautiful art, it would decrease tagging, which it did. She and ten other artists were given stipends for their time and materials.

“People were very supportive and positive, though I did have one older man yell at me for defacing public property,” she said with a laugh.

After that, she also painted a large piece of sidewalk next to a rain gutter in Denver to help deter people from discarding pollutants in them.

Zoie was excited to participate in Shelley’s chalk art event last Spud Day, as she had enjoyed doing the Chalk Art Festival in Salt Lake City in past years.

Zoie’s most unique gallery show was at an ax-throwing venue. “It was my best-selling show,” she remembers. She said it was different, but fun. She has a picture book out on Amazon called Viking Sighting and has designed T-shirts for different companies.

When asked what advice she would give local art students who are thinking of making visual arts their career, Zoie said, “Decide if you want to do what makes you artistically happy or what sells, because they are not always the same.” She says to try all sorts of styles and decide what you like in other people’s art.

Her favorite art piece is one she painted of jazz musician Bill Evans. We all know him because the character of Schroder in the comic Peanuts was based on him. Zoie loves going to jazz clubs and drawing the musicians when they are in their zone.

She actually painted this piece years ago and didn’t like it, but everyone around her kept telling her how amazing it was and how much they liked it. “I hung onto it because everyone else loved it and would say, ‘Wow, it’s so amazing.’” Recently, she decided she was either going to paint over it or give it a last-ditch effort. She added some fresh colors, and now it hangs on a wall in her home. “I love it more every time I
see it.”

As for Zoie’s future goals, “I’d love to do more painting of jazz musicians,” she says. “It makes me really happy.” Her sister-in-law Amy Graham also recently moved to Shelley and is planning to open an art studio in the area. Zoie is considering teaching there when that happens. She wants to do more art for fun and participate in community events such as SSA’s Tag the Town event going on now, where she spray-painted the opening piece, which says Shelley. “What I hope most to do is make more beautiful things.” 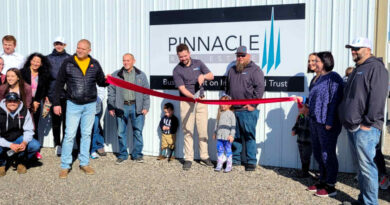 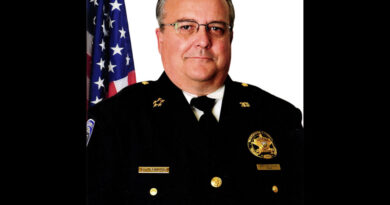 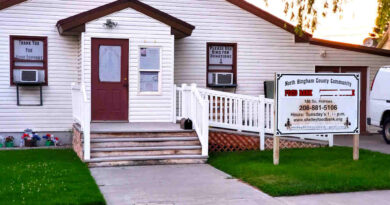