3:59 p.m.         School Incident – A person reported a boy in her daughter’s class at the middle school had been poking her with a needle.  He has been bullying her for the past five months, which she has reported to the school counselor.   She would like to speak with an officer.

9:03 a.m.         Public Assistance – The caller reported an 80-year-old woman had fallen while getting out of bed.  She conscious, breathing, and not injured but needs assistance standing up.

9:05 a.m.         Welfare  Check on S. Milton –  A individual asked for an officer to check on his wife.   He spoke to her last night and has tried to call her today three or four times without success.

5.:17 p.m.        A person on Edwards Ave. reported receiving a text message from an individual threatening to call children protective services on her.  They would like to speak to an officer.

2:21 p.m.         Animal Complaint – An individual on Edwards Ave. reported her neighbor has a small dog that charges her every time she goes outside.  She said they have four dogs, and she wants an officer to talk to them.

10:36 p.m.       Suspicious Circumstance – A person reported a juvenile was breaking into the garages at the apartments on W. Fir.

9:28 a.m.         Runaway – An individual on Bluebird called on behalf of their mother, who does not speak English, to report her son had run away.

11:28 a.m.       Grand Theft – A person on N. Emerson reported his black, flat-bed, vehicle trailer was stolen from his property sometime during the night.

5:07 p.m.         Animal Complaint – An individual on E. Fir reported they had found a female Golden Retriever and wanted an officer to pick it up.

6:04 p.m.         A woman on reported a male and two females in a white passenger van tried to lure her daughter into their vehicle.  Her daughter said she saw the van going toward S. Park.

12:10 p.m.       Suspicious Circumstance – A person on N. Emerson, whose trailer previously was stolen, said his wife believes the suspect is walking around the neighborhood.  He is a white male in his mid-20s with facial hair and wearing a light brown jacket.  He was last seen across the street.

4:56 p.m.         Fraud – An individual on Hummingbird Lane reported, on Dec. 4, she was trying to get a job with an online company, Nexus Telecom, and had given them her personal information, including her license, social security number, and bank account number.  She claims they took all the money out of her bank account.

8:16 p.m.         Traffic Complaint – A person on S. Milton complained 4 or 5 vehicles were doing donuts and driving erratically on the street.

12.52 a.m.       Animal Complaint – A caller who lives on Sunset Court reported a dog had been barking for three hours.  They cannot determine where it is located or who owns it.  They asked if an officer could determine where the dog is and speak with owner about it barking.

10:45 a.m.       Animal Complaint – A person who is lives on S. Holmes reported their 16-year-old black/gray shitzu poodle mix, which is deaf and blind, has been missing for about an hour.   It has no collar or chip.

2:02 p.m.         Welfare Check – An individual living on W. Fir received a call from a friend who has a friend whose partner is not letting her leave the house.  That person has tried to get help from the Domestic Violence Center in Idaho Falls.  The caller is co 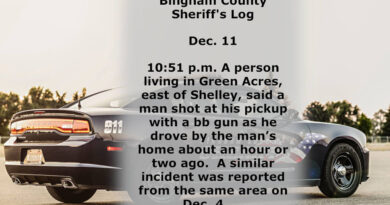 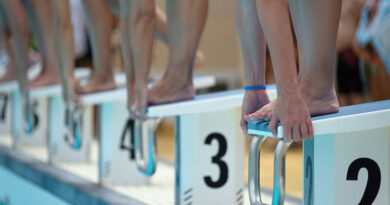