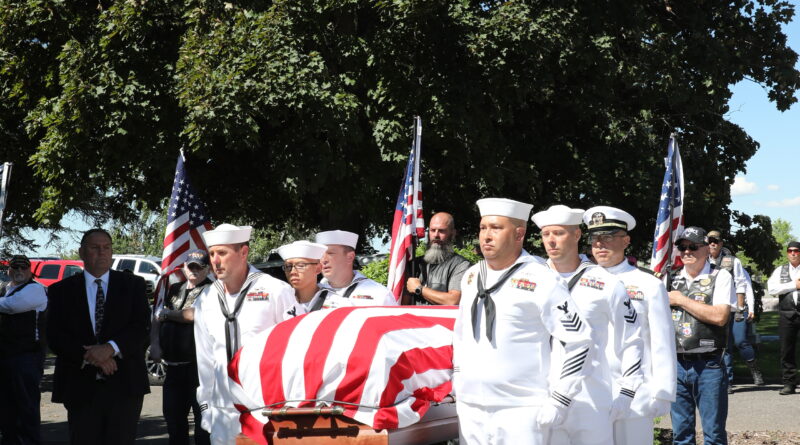 SHELLEY – Carl M. Bradley’s remains were buried at Shelley’s Hillcrest Cemetery with full military honors this past Saturday, June 26, surrounded by 300 plus family and community members who attended the event.

Carl M. Bradley, Fireman 2nd Class, was laid to rest Saturday at Shelley Hillcrest Cemetery with full military rites.  His youngest and only surviving sibling Karen Little attended the ceremony with her husband and multiple nieces and nephews.  She received an original 48-star flag, which draped his casket.

The ceremony was marked by a eulogy given by Karen Little’s son, Kevin Landon of Shelley.  He also dedicated the grave.

This was a great day for our family.  All of the mother’s family died in their 60’s.  She could not understand why she has lived into her 80’s.  She thinks maybe this is why,” said Landon.  “She needed to be here to receive Carl’s flag.

The Navy Honor Guard performed the military honors from the Navy Operation Support Center of Boise and the American Legion Shelley, Blackfoot, and Idaho Falls posts.  Captain Christopher Palmenberg, US Navy Representative, presided over the ceremony.

The funeral was preceded by a procession leading from Nalder’s funeral home to the cemetery.  American flags lined State Street and Baseline Road.  Eaton’s towing displayed two large flags from their crane trucks in front of Batemans.

As the procession left the funeral home, hundreds of little league baseball players halted their game and lined the street with cap -over-heart to honor Carl Bradley.

I looked out and saw that, and tears filled my eyes,” Funeral Director Craig Geary of Nalder Funeral Home said.

The ceremony was capped off by a flyover of three vintage World War II aircraft flown by John Bagley and two other pilots from the Legacy Flight Museum in Rexburg.  Mr. Bagley graciously left a family reunion to make this happen.  One plane peeled off at the end of the flyover and rose into the sky, representing the missing man or the fallen soldier—a fitting end to an emotional funeral. 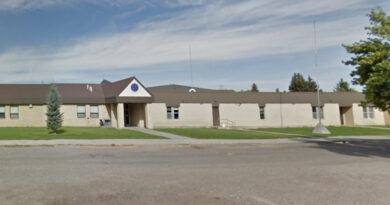 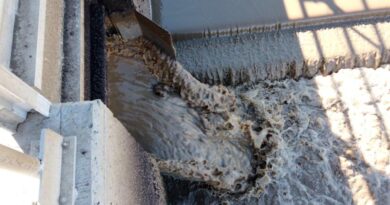 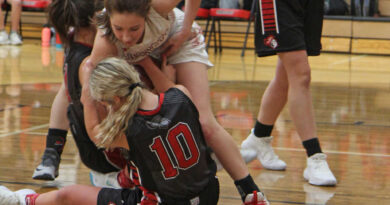